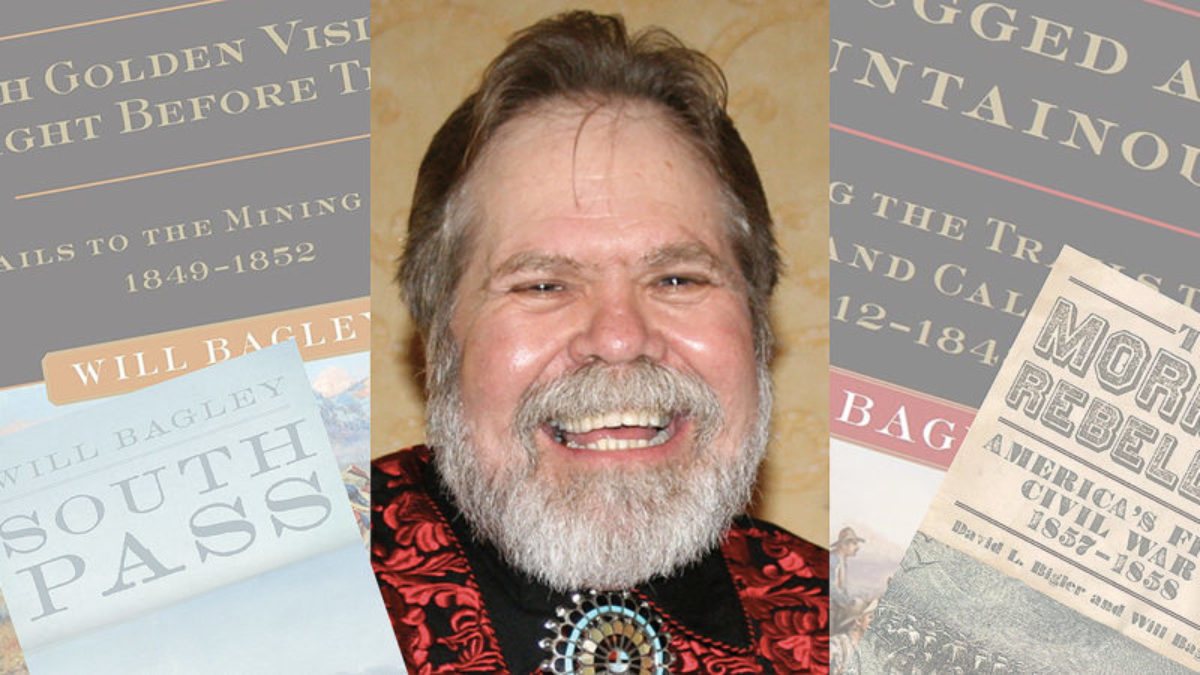 Previously a technical writer and journalist, the latter for the Salt Lake Tribune (best known for his column “History Matters,” 2000–2004), Bagley is a sought-out speaker, presenter and public intellectual; this because of his plain speaking, his quick wit, and his encyclopedic recall of Utah and Western history.

Born in Salt Lake City, raised in southern California, Bagley has since 1995 written some of Utah’s most hard hitting history including Blood of the Prophets (2002) that deals with Utah’s Mountain Meadows massacre (1857). In 2014 the Utah State Historical Societymade Bagley a Fellow, its most prestigious honor.

Bagley engages in a conversation with “Speak Your Piece” host Brad Westwood, regarding the value and purpose of history, framed by Utah’s often complex history. Using the metaphor of a “river of history,” Bagley reflects on how much history is influenced by natural cycles, and expresses inescapably the “present,” present biases, present perspectives, beliefs and needs.

Bagley also reflects on the idealism and the accomplishments of the American 20th century, including what he describes as “revolutions,” revolutions in expanding rights: civil rights, women’s rights, LGBTQ+ rights, etc. He concludes that expanding rights, including inclusiveness, equity, and compassion, has made better public policy than would have inequity, bigotry and exclusion.

A list and links to the publications Bagley has authored, co-authored or edited can be found on his Wikipedia page.

To buy a copy of one of Will Bagley’s most recent books, go to The Whites Want Everything (2020) which seeks to restore Native voices to the history of colonization of the American Southwest and to America’s Great Basin) or purchase and read personal story by Bagley entitled: River Fever: Adventures on the Mississippi, 1969-1972.