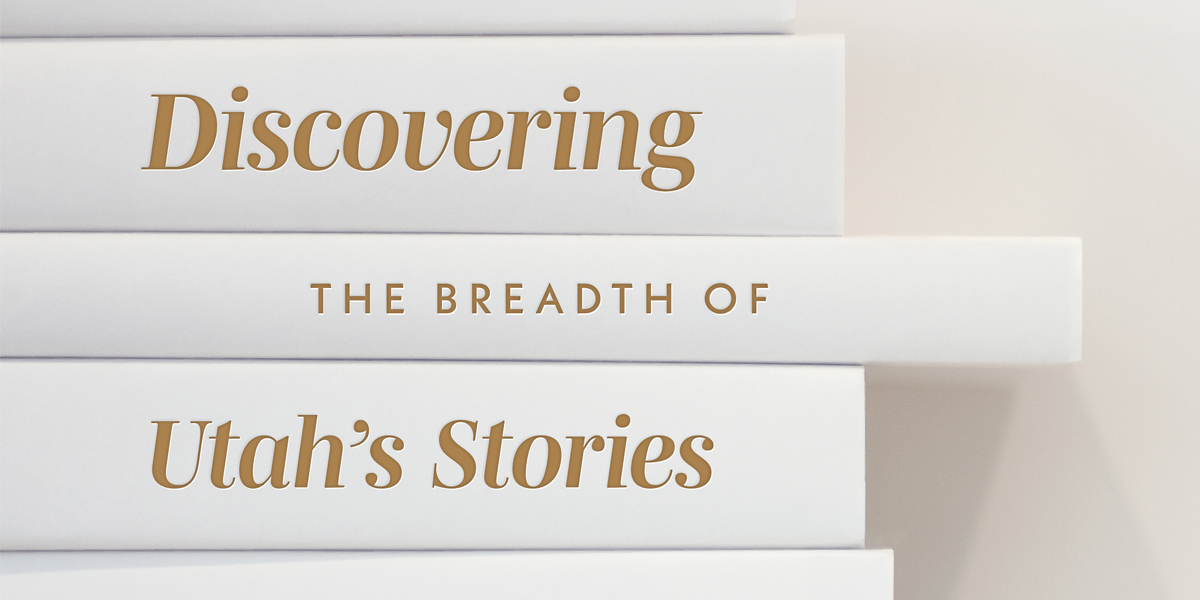 On just about every school visit, Paisley Rekdal, Utah’s poet laureate, meets a few students who have literary ambitions they haven’t even acknowledged to themselves.

For young writers, it’s easy to think you have to graduate from a prestigious college to become a published author. It’s easy to consider your home state a cultural backwater in a fly-over state. It’s easy to not be aware of Utah’s thriving and varied literary history.

As an invitation to understanding that rich history, Rekdal, the state’s fifth poetry ambassador, launched “Mapping Literary Utah,” a website that serves as a showcase and an archive. Rekdal says the site will help introduce Utah readers — or perhaps reintroduce them — to the breadth of writers launched in this place. Just as important, she hopes it will help younger writers see themselves represented in the state’s story.

“My intent was very much about Utah kids growing up and wanting to know if they could be writers,” Rekdal says. “A lot of schools can’t afford to bring out a poet laureate. This is my way of visiting classrooms even though I can’t be in those classrooms.”

She recalls growing up in Seattle when the place wasn’t cool. When her father gave her a popular anthology (“The Voice That Is Great Within Us: American Poetry of the Twentieth Century,” edited by Hayden Carruth), she searched the index, seeking evidence that writers could come from the Pacific Northwest. “There were barely any women, and no one was biracial,” she recalls. “I didn’t know there was a world of poetry out there.”

As far as representation, the anthology didn’t invite Rekdal to believe she could go on to publish eight books. (Her ninth book, “Appropriate: A Provocation,” considering cultural appropriation, will be published by W. W. Norton in February.) Or to think that one day she’d be asked to guest edit the “Best American Poetry 2020” collection.

The project was funded through a $100,00 grant she received as one of thirteen Academy of American Poets laureate fellows in 2019. (The grant also helped fund a virtual poetry festival planned for April, after the event was postponed in 2020.)

The website offers excerpts ranging from romance to mystery novels, from sci-fi and horror to children’s lit and young adult novels. It features podcasters and bilingual authors, juxtaposing “the historically notable alongside the just-emerging.”

Among the notable there’s Zitkála-Šá, who lived on the Uintah-Ouray Reservation in the early 20th century. She was the author of “Old Indian Legends” and “American Indian Stories,” and the co-writer of the “Sun Dance Opera,” thought to be the first opera to be co-written by a Native writer when it premiered in 1913 at Vernal’s Orpheus Hall.

More than 180 authors are currently archived on “Mapping Literary Utah,”  which includes a particularly robust selection of poets. Even as she was talking about the site during a phone interview, Rekdal received another submission from a writer. Throughout her remaining time as Utah’s poetry ambassador, Rekdal plans to continue posting writer’s biographies as they are submitted.

She hopes teachers will use the site as an educational tool, while readers might consider it a literary invitation. After all, new Utah storytellers are born here every day.